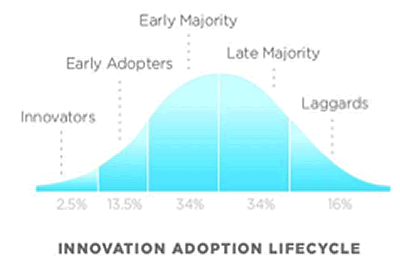 About  ten years ago, two film companies in downtown Vancouver merged, and they needed to link their two offices.

Both offices had big Panasonic business phones systems, and were simply not ready for the trauma or financial pain of replacing two entire systems.

Instead, the local Panasonic dealer linked the two phone systems with Quintum VoIP gateways, allowing them to transfer calls back and forth. Heck, the (now) central receptionist could even do an “All Page” to the remote office. The film company delayed by years larger expenditures on new systems with a small investment in VoIP hardware that paid for itself in 3 months.

Here’s the thing…VoIP was “NEW” at the time… As the project consultant, I had to overcome a lot of FUD (fear, uncertainty, doubt) to get the go-ahead…  multiple meetings with the CFO, CTO, CEO…money-back guarantees, etc., etc.

Turned out that it worked as promised, Ansatel had a very happy client, and the gateways have run many years without a service call.

What’s changed in 10+ years? It’s now “common wisdom” for tech buyers looking at new office phone hardware to not only ask for a VoIP solution, but to demand it: the doubts have disappeared.

However,  this newfound “common wisdom” (that VoIP is good tech)  still needs to  be combined with “common sense”.

Recent Case in Point: “Walker Tire & Auto Service of Nebraska chose Epygi Technologies over competitors, NEC and Cisco. The two vendors suggested a costly single SIP server solution that would connect all the IP phones back to one location. Thus, unnecessarily placing a larger load of data on the network between stores. Instead, Epygi proposed that the systems connect to an analog phone service with inter-IP connectivity between locations via their Internet provider. This plan, along with ease of use and Epygi’s feature-rich technology beat out other communication systems. Unlike others, the Epygi alternative is both affordable and efficient, without sparing the quality of its equipment.

I excerpted this from the Epygi newsletter I subscribe to, and while it’s obviously slanted, these success stories are common across many VoIP hardware vendors.

Look, both NEC and Cisco have great hardware that deserves consideration if you’re buying new gear.

However, the  take away I want you to consider is both these companies saved BIG money using VoIP tech without ripping out existing phone lines. Walker Tire retained their  “legacy” Telco phone lines, while using the latest SIP and VoIP tech to connect all their offices.

It all comes down to call flow and system architecture. In this case, they received the benefits of connecting all their branches using the Epygi’s SIP to SIP free IP calling (without having to BUY a single SIP trunk), they have a distributed network without a central point of failure, plus lower backhaul costs on the bandwidth side.

By spending less money: A case of common wisdom combining with common sense.